We value simplicity, speed and results 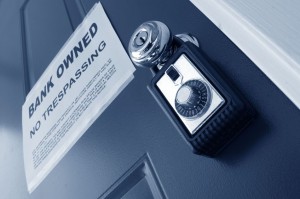 As a last resort, creditors sometimes issue a bankruptcy notice to recover a debt. In order to do so, the creditor usually would have first obtained a judgment for payment of money. Although there are other less common acts of bankruptcy set out in s. 40 of the Bankruptcy Act 1966.

The bankruptcy notice is issued at the AFSA formerly ITSA.  ITSA stamps the notice and it is then delivered to the debtor (either by post or by personal service).

Once served, the debtor has a period of time (set out in the notice) to make payment or make an arrangement to the creditors satisfaction failing which, the creditor can then file a creditors petition with the Court.

Once a creditors petition is issued, it is delivered to the debtor (either by post or personal service) and a hearing date appointed. On the hearing date, a Registrar of the Court usually hears the matter. If there is no appearance by the debtor at the hearing, a sequestration order is usually made. Thereby making the debtor bankrupt.

The debtor’s assets are then placed into the hands of a trustee in bankruptcy who administers the estate according to the Bankruptcy Act 1966.

Sometimes debtors can challenge the making of a sequestration order, but a bankruptcy court is not a nice place for a debtor who hasn’t paid a bill.  Generally, by the time the debt has reached a bankruptcy court, Creditors are not very helpful or patient.  Bankruptcy matters are dealt with by the Court as quickly as possible.

(Please note, this information is of a general nature only and is not legal advice). Should you have any questions, please do not hesitate to Contact Us.

Kristine Hopkins is experienced in a wide range of commercial litigation matters including contractual disputes, large and small scale debt recovery and bankruptcy and insolvency matters.